What Does Faith Have to Do with Anything? 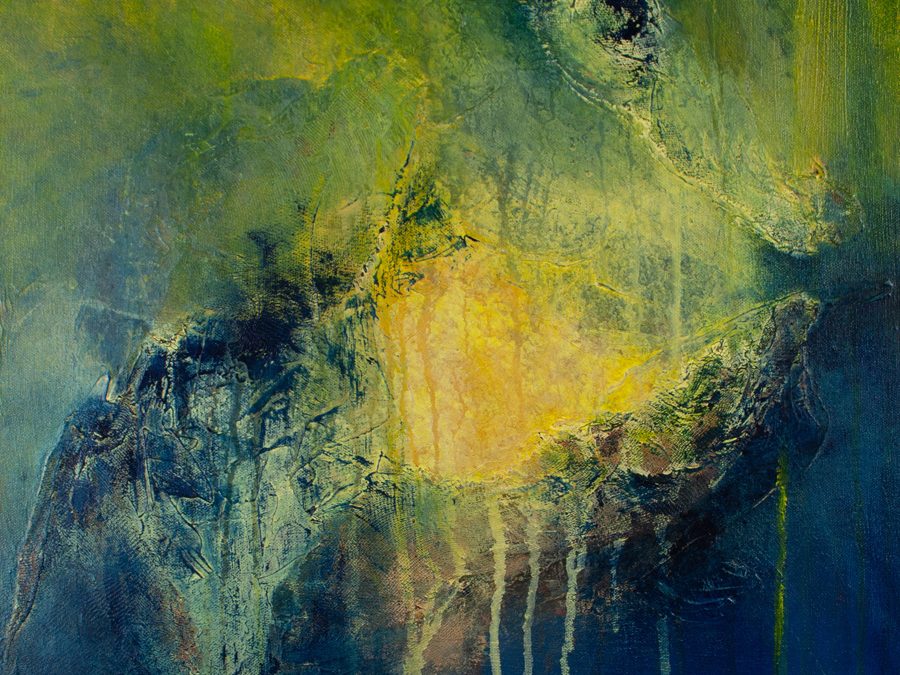 Faith according to the Webster and Oxford definitions: * allegiance to duty or a person: loyalty. * belief that is not based on proof. * Belief in God or in the doctrines or teaching of religion, based on spiritual apprehension rather than proof. * belief in anything, as a code of ethics, standards of merit. * complete trust or confidence in someone or something.

How do we arrive at our faith? Is faith something we acquire as we maneuver our daily lives? Is it part of our DNA? Or is it environmental factors that influence us early on? All of the above and more at varying levels.

After reflecting and emoting some serious but dubious belief systems, I realize that faith has been a part of my being since I was young. I have always had a natural faith in self having exhibited it through actions in my early years. Walking home from kindergarten when my dad forgot to pick me up. Having faith that I could learn how to tie my shoes and write cursive left handed. Faith in my creative and artistic abilities to pursue a degree in art even though family history is devoid of artists.

The dismantling of my beliefs in traditional avenues of conviction began early. I grew up Catholic, not strict, but there were expectations. I attended church sporadically, was baptised, received First Communion, went to confession, prayed only when I wanted something and was confirmed (a sacrament beyond my comprehension). All of this before the age of 13. What does anyone know about faith and beliefs at that age? In addition, I took the traditional route of getting married in the Catholic Church (basically to please family).

I dutifully went through all the traditional religion based steps required to proclaim my faith. Going along to appease and survive. But, deep down, I questioned it all. Why does faith continue to remain tightly in the clutches of religion?

The religious use of the word is really just blind loyalty because it often means trust in something in spite of or lack of evidence for it.

I did not realize until more recently how destructive it was for me to repress my true feelings about faith.

Beliefs Change as We Grow

Beliefs come and go with the changing seasons and personal growth. Faith, on the other hand, is a state of being, a product of the spirit and a commitment to self. It is steadfast. I have felt this steadiness throughout my life.

Belief is not based in truth. For example, in our everyday lives we do not know if the food we eat is safe, that we may die in a car crash, or that our house may burn down. Or even fundamental beliefs such as the sun will not explode today, the existence of an external world, the law of gravity won’t suddenly stop working. None of these prevent people from acting on and having a level of certainty in these things. The sun has indeed come up everyday during my lifetime without exploding, so it is reasonable for me to have faith it will keep doing so. Faith based upon experience.

Beliefs can often get in the way of learning. The stronger beliefs we have, the more difficult it is for us to open up to new ways of learning or gaining perspectives that conflict with those beliefs. I have learned this lesson time and time again as I realized all sides of a situation.

Faith As a Pliable Term

Atheists have faith in themselves and don’t seek to blame or praise a deity for the things that go badly or well in their lives. I recently read this response to a question asked of Atheists and whether they could have faith. The question was rather silly, but it did bring to the surface a frank discussion about what faith really means.

One of the responses discussed faith as a pliable term, one that is thrown about rather carelessly. Which seems to happen to the meaning of so many words throughout the centuries. Words we appropriate to fit our own needs. Faith can mean one thing in some situations and something totally difference in others. But ultimately, faith in everyday life is really another way to say having confidence.

Even though I lacked confidence based upon society’s expectations, I knew I could count on myself. My awareness of the need to be self reliant led to the manifestation of my internal confidence in self.

I did not project my faith outward for fear of negative backlash. My self reliance was shaky in the beginning but naturally became stronger with experience. In addition, my faith was not traditional. I did not follow the confines of the cultural norms of my environment. Such as, the belief system that some deity was going to save me from ruin. I choose to be responsible to myself and for myself, no excuses or blame.

I often wonder why was I endowed with faith so early in my life? Some say that those who have faith are natural optimists. Maybe on the surface they are, but deep down, faith requires trust. And personally, I did not have a genuine trust in anyone, not even those closest to me.

But for some reason, I trusted myself. The only one there for me, was always me. I am not discounting the people in my life who have had my back or taught me things along the way. But ultimately, we are the only ones able to be there for ourselves and act on behalf of ourselves.

I had an early confidence, not in others or the world, but myself.

“Faith gives you inner strength and a sense of balance and perspective in life”, Gregory Peck. I like this statement because it rings true for me. Faith is not about blindly following something/someone because its fashionable or culturally accepted or believing in absolutes. Faith is an internal feeling of strength and commitment to self and trusting yourself to act upon that faith. In other words, walking your talk.

When acting on faith, it becomes important to question, or it simply becomes blind faith. I have been in numerous situations where I have trusted the people on the other end without asking the right questions, even when my intuition told me to do so.

When my daughter was working through her substance use disorder, there were so many times where my faith in the system that was taking care of her, let me down. I wanted so badly to trust that she was in good hands. But knew deep down inside my soul that there were a few bad characters whose only concern were numbers and the driver was greed, not compassion. The more times she relapsed, the more monetary exchanges the system reaped.

I learned through trial and error to ask questions and not blindly follow the BS I was given. My steadfast faith in my daughter’s ability to come through was based on the fact that she has the combined DNA of her father and me, which is pretty solid. In addition, her early years before entering puberty and all the chaos that ensued, were good formative years for her. They were filled with love, compassion, fun, adventure, friends and family. These facts and the experience I obtained through the really tough relapse/recovery years gave me hope that the real and authentic young woman, that was my daughter, would surface.

I act on my faith everyday as my daughter and I witness and exchange the love and respect we have for one another during this time. Having faith in myself is what helps me survive the daily unknowns. Faith has always been there for me because it is within me.

Image: Out of Obscurity – Revival

The image I chose to accompany this blog is a mixed media acrylic on canvas. It was an image that went through many journeys to get to this point. It wanted to reveal something to me, but I was either being to forceful or not allowing it to expose itself naturally. But through all that I did have faith that eventually the image would reveal itself . It did.