Traditions: Why I Chose To Let This One Die 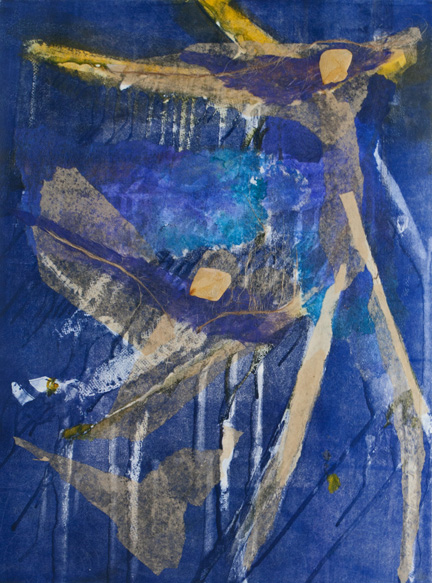 There are quite a few traditions that I have chosen to let go over the years. Some are just ridiculous to follow in the 21st century, while others have never or no longer serve me well.

The Impetus of Patriarchal Traditions

Of the many patriarchal tradition, the ritual of women taking their husband’s last name dates back to the 11th century. Sometime after the Norman Conquest, the Normans introduced the law that authorized the status of a married woman is under the protected authority of her husband.

Once married, a woman’s identity was “covered” by her husband. The two essentially became one and the woman’s identity was erased. The tradition of women not being able to own property or enter into contracts on their own was practiced. Husbands had complete control in all matters as well as their children. There was no recourse even if the woman was raped or accused her husband of domestic violence.

I feel the anger of my matriarchal ancestry deep within my soul.

The Suffrage Movement of the late 19th and early 20th century moved the needle in favor of women’s rights. Feminist believed then and now that as a woman is subjected to changing her name when exchanging nuptials, it is a sign of submission or at least infers inferiority to men.

Why Do These Traditions Continue?

There are, of course, valid and rational reasons for a woman to relinquish or change her name. Such as, no longer wishing to be associated with their given name. Their family disowning them. Despising their given last name. Having suffered a difficult past and wishing to start anew.

Aside from these valid considerations, do women really want to change their names? Are women questioning how changing their name and identity benefits them? What is the real purpose? Are they doing it by default? Do women feel their husbands last name holds more weight than their own given name? Is carrying on a family name more important for men than women? Is that even an issue? If children are involved, why should they always have their father’s name?

This issue does get complicated, which is why I think the easy route is often taken without questioning the motives.

When I first got married, I did change my name. From the onset, I felt unsure and in a strange way seduced. It was culturally imposed ritual I felt insanely obliged to follow. I naively chose not to cause a stir. It took a couple years of being called by my husband’s name to realize, NOPE, this is not going to work for me. I literally felt like a nobody, a shadow. Rarely was I referred to by my first name, just Mrs, blah blah blah.

I was angry at myself for failing to stand up for my given identity and against a tradition I felt was demeaning. And I am fully aware that those calling me Mrs. were also seduced into thinking that it was okay because, well, tradition.

It became too anger inducing and difficult to combat, so I changed back to my maiden name. Of course, I was met with judgmental sneers when I would say, please do not call me Mrs. _____, my name is _____ _____ thank you. Their indignation gave me further cause to continue my quest to be addressed as Ms. _____ _____.

And honestly, the reasons to keep a maiden name are too obvious for me to list.

I have heard various responses from men over the years. Essentially, they are misguided while thoroughly missing the point. Such as, “Why keep your maiden name when it is a patriarchal name passed down through centuries anyway?” Sigh.

My maiden name was a name brought over from Sweden in the late 1800’s by my patriarchal ancestors. If I would have done some research into my ancestry when I was younger, I could have snagged a name from the matriarchal side of my family just to stir things and start the ball rolling.

But that is not the point. The point is keeping the name I was born with to preserve my own identity.

There are also those men who seem offended, dismayed or hurt when their wives choose not to take their names once married. Well, gentlemen it is us who should feel offended, dismayed and hurt. Furthermore, it really is not about just you.

The Two Shall Become One

Some believe that when a couple marries they become one. Sharing a name, cements that proclamation. I honestly have never understood the decree of “the two shall become one”. Which explains my opposing position to giving up my identity and therefore becoming an appendage of my spouse.

Becoming one is physically, psychologically, physiologically, and mentally impossible. We do not meld into the same person. Even if that does occur on some conceptual level, someone is suffering a loss of identity. How does this make for a healthy relationship when part of the two had to give up their identity to become one?

I know my argument is dramatic. But in order to see the absurdity of giving up your identity (in this case a name), it becomes a relevant assertion.

Do men really think this is fair to women? In many cases, I imagine, they most likely go along with it, first, because it is tradition and second, because they are the beneficiaries.

In defense of the male population, I do know many who do not have issues with name changing and fully support their partners personal identity.

Traditions of Being “A Good Family”

Also, what is it with the idea that taking your husband’s name means in the eyes of others you are a “good family”? With so many variations of what constitutes a family these days, this is just another out of date notion. What is the meaning of “good” in this context anyway?

Why is there an assumption that because everyone shares the same family name that they are inherently a good family? This declaration is erroneous. Culturally acceptable “good families” are those seen in early Norman Rockwell paintings or 1950’s family sitcoms, like Leave It to Beaver or Father Knows Best. To me, these are unrealistic and unacceptable especially in the 21st century.

Yes, addressing each family by one name is easier. Such as when addressing holiday cards, sending wedding invitations, church directories, family gatherings, general introductions, etc. So what?

What is easy in this case, is not something I care about. What I do care about is that women get a fair shake when it comes to their self worth and personal integrity.

I have had to correct many folks who addressed a card or invitation to Mr. and Mrs. _____ _____ even after I had changed my name back. It is infuriating when they know me and mildly annoying when they don’t and choose to assume. If I do not know the sender, I often toss much of this mail in the trash.

Some may say this is a minor issue on the bigger stage of things. It is not. It is the lost identity of women everywhere who feel compelled to follow this tradition even when they do not wish to do so or simply do it by default.

I know many women who have since included their maiden names as middle names or part of their married last names. My wish is that everyone is more mindful about preserving their identity, via keeping their names, before they move forward in partnership with another.

Matriarchal Dance II is a mixed media monotype depicting what I consider a matriarchal figure taking the lead on her life. Other life forms are surrounding her in support of her position in the universe.