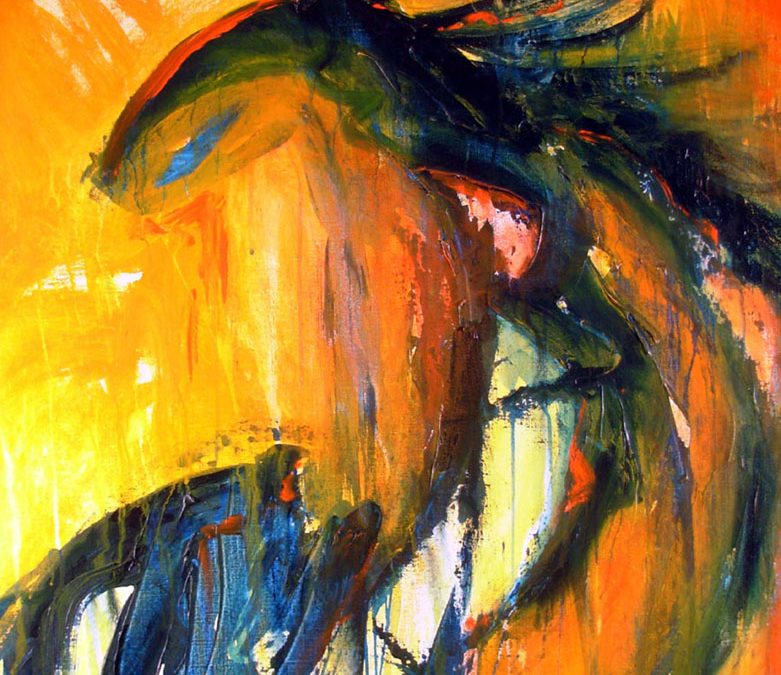 In my early 30’s I worked with a therapist to help me with some relationship dilemmas. At the base of those dilemmas were my unrealistic expectations of others; a common toxic thread in many relationships and daily life. The therapist caught on quickly that avoiding my personal quandaries led me to judge the actions and characteristics of others. My judgements were a mirror of my own denied and undesirable traits. Furthermore, when I was not able to live up to my own standards, I judged others in hopes of raising myself up.

The community I grew up in was as whitewashed and conventional as many small communities in mid-America. Void of much cultural diversity. Judgement and prejudice were deeply engrained and not expressed. Hidden below the surface so as not to ruffle feathers or stir up the status quo. Everyone acted normal to fit the expectations of the community. Survival.

Playing along to fit in, I always felt like an outsider in my own community, my own family.

Which meant the onus was on me. I was to blame for feeling abnormal and felt a certain level of shame. Thus, the reason I finally sought therapy at 30 years old. I kept it a secret because it was outside the realm of what normal people do or so I thought.

I was brought up under the guise of rugged individualism. The “pull yourself up by your bootstraps” kind of individualism. Reaching out for professional help was weak, expensive and useless.

Rugged individualism has gotten me through, but more often than not, left me empty. Feeling alone, not always lonely, but left to my own devises. Trusting few while internally judging others as incapable of assisting in any purposeful way.

So, What is Normal Anyway?

The definition of normal is conforming to the standard or common type, usual, not abnormal. What does that really mean? What is standard…common…abnormal? Who decides what is normal and abnormal? Is normal a static way of being?

Why is the pursuit for individual rather than common or collective interests rated with higher regard in our society? I have come to believe that rugged individualism is based in fear: fear of others, fear of rejection, fear of failing, fear of appearing weak, fear of love, fear of diversity, fear of being shamed. These fears are all based upon deeply held judgements of others and, of course, ourselves. If we go it alone, we are not beholden to anyone or anything. We are responsible to no one. A lonely and empty existence.

What purpose does that belief system serve?

When you spend most of your childhood, teens, twenties and thirties, consciously and/or unconsciously judging others, it seems almost impossible to break those ingrained cultural behavioral patterns. It takes conscious effort to move out of our individual and like-minded group bubbles to realize how destructive those judgmental behaviors can be to individuals and communities at large. Coming to terms with learned behaviors that no longer serve the greater good is a personal desire for me.

I have found it easy to talk about, but not always easy to act upon. The learning curve is steep, but not impossible.

How does one escape the sterile environment of their youth? My upbringing was white, middle class, unassuming, uneventful. It seemed safe. But was it? Safe because no one said anything out of the ordinary for fear of being judged? Or safe because true feelings, personal traumas, disappointing inadequacies were stuffed below the surface, so as not to stick out beyond what was considered normal and sane. Is it safe because on the surface, everything appeared fine?

The “everything is fine” mantra has always lead to individual and group suffering which manifests itself in passive aggressive behavior, anxieties, depression, addiction, physical/verbal/sexual abuse and a myriad of other issues. We are currently experiencing what results when acting “normal” is the standard.

So much time wasted playing the “normal” game. I spent years acting the part knowing deep down I was not being true to myself. Denying what my heart was saying. Even if I did listen, I seemed incapable of acting, out of fear. The truth lay dormant.

I have spent a great deal of time living for and judging the needs of others. My judgment frequently came packaged in a passive aggressive box. Fulfilling the expectations of others while rage enveloped me.

Now when I catch myself making judgments, I pivot to the reasons why. Why am I putting myself into the heads of others? Who am I to know what they are going through. Do I want people judging me for those reasons?

My desire is to help others without judging their need for my assistance. It is not easy to withhold my two cents. I have to make a conscious effort to keep my mouth shut, listen, observe and act with empathy.

Compassion and respect for ourselves and others does not come easily in our hyper judgmental society. The mantra “You are not like me and do not share my views, therefore you are the enemy.”, drives so much of the narrative these days. Counterproductive to a world starved for connection. It is disheartening, but I have realized that I have been guilty of perpetuating this narrative.

The current global crisis has exponentially expanded our like-group bubble status. Being confined to our safe spaces makes it difficult to seek connections beyond the false barriers created.

I consciously work to counter my judgments with compassion. This is how I begin to understand that everyone has a story and deserves to be treated humanely and with respect. Complete understanding will not necessarily result, but facing differences for what they are is how to move beyond the judgements. This takes intense conscious effort.

My experiences living and traveling outside my comfort silo has allowed me to reach a basic level of compassion. I have purposefully exposed myself to the amazing diversity that exists in the world. But it took a life altering trauma like my daughter’s substance use disorder to understand the more intimate underpinnings of my own judgmental behavior. What compassion really means. People’s stories are always changing so my levels of empathy and responsiveness have had to adjust accordingly.

Manifesting through Art and Writing

What I now seek is respite from some of the judgmental noise that negatively infiltrates my being. I am fortunate to be able to find that respite through writing and spending time in my studio where my conscious and subconscious self can release onto the paper and the canvas. Not only do I unburden the hidden judgements, the trauma, the rejections, that I carry deep within my soul, but they become visual. The work I create connects me to others seeking some truth beyond what is labeled “normal” and to do so without judgement.

I no longer desire to employ the myth of rugged individualism. It does not serve me. In the current world order, it honestly no longer serves anyone. The universe is guiding us to a more connected way of being. She is working hard to wake us up to the grace of empathy for our fellow human beings.

I am awake, now I must act.

“Release”, 46″ x 36″ acrylic on canvas. Not knowing it at the time, but this work of art was directly and indirectly tied to untimely passing of my father who had suffered a great deal of pain during his battle with cancer. Pain he did not reveal, because he wanted to put on a brave face. The piece represents in color, shape, movement and depth, the release of pain, regret, expectation, judgement, shame, and harmful beliefs. Freeing oneself in order to move toward compassion, truth and authenticity. https://michellelindblom.com/product/release/