My Daughter, My Teacher 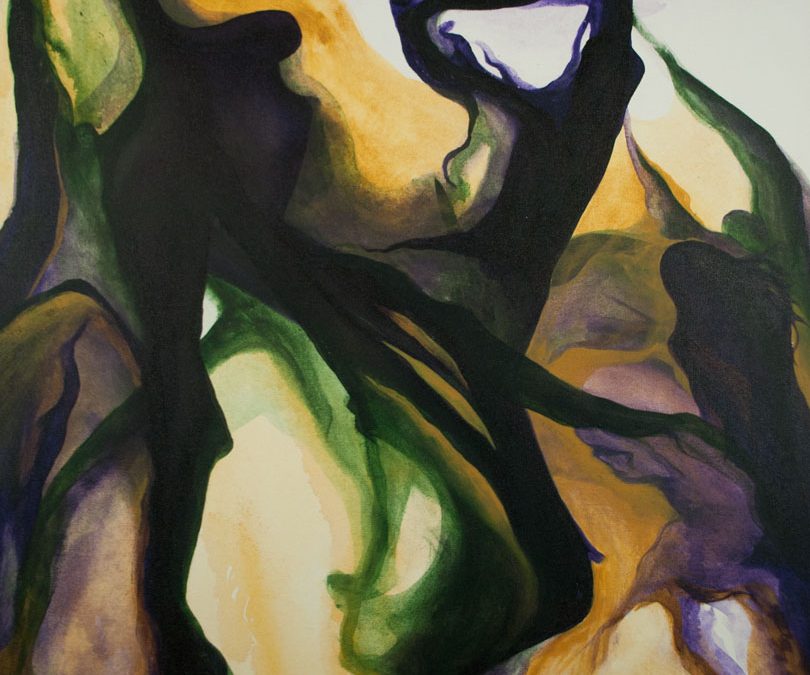 The Calm and the Storm

The good, the bad, the unexpected, the mystery, the fear, the joy of observing my daughter’s growth is beyond anything I would have ever imagined.

I spent years saying I did not want children. My first pregnancy I chose to terminate because it was not my time for many reasons.

When the time came, my spouse bragged about how calm I was during those 9 months. No outbursts of anger or frustration when something did not go my way. I chose to keep myself on an even keel, for our unborn child.

Being overly calm may have been a need to balance what my daughter was going through as she developed in vitro. Maybe my projection of tranquility was a mask for what was really going on in my subconscious. Is it possible my daughter felt it? Is it possible she sensed I was not myself? Did she come into my life to reveal the myriad of falsehoods I may have been living?

When McKenzie was growing up, her independent nature began in earnest at the age of 3. My daughter would not allow me to dress her or comb her hair. I had to relinquish my need for control early on which was uncomfortable and created parental anxiety even before she began her teen years.

Attempting to put myself in her shoes in order to make a connection, is something I often failed at and miserably. A favorite phrase of mine, “McKenzie you are a miniature version of me”. I realized how stifling that must have been for her. I was constantly reminding her that she was not allowed to be her own person.

Comparing my own youth to my daughter’s must have been excruciating and demeaning to her individuality.

Thinking I was giving her guidance when recalling my own reactions to youthful experiences must have fueled my daughter’s insecurities and made her feel as though she could not make any decisions on her own.

I put her into a box without realizing it. To get out of the box, she often rejected my guidance. I get it now.

Mckenzie always had an addiction to clothes. Not that long ago, she told me that she has a fear of not having enough clothes. This was after we had one of many arguments about money and how she spends it on things I believe she does not need.

What is the root of this fear? Maybe her clothes have become her identity.

When she started dressing herself, she often looked as though she may have been color or design blind. The outfits she would put together did not match in any way, shape or form. Purple and white striped leggings with red and yellow socks and a lime green and yellow dress with geometric design that clashed in every sense of word with the rest of her montage.

I would smile, laugh a little, but secretly cringed because I practiced the epitome of “everything matching”. My closet was color and style coordinated. It did not take me long to realize that the way she dressed was her artistic expression and honestly quite similar to what I did with my work in the studio.

I was a hypocrite.

The anger I felt and still feel about boxing my daughter in is that I struggled my whole life with the expectations of others. Why would I put her through that agony? Why could I not see it?

Needing to exercise control when I knew deep down, I had none. Wanting to control what I feared, wanting to shield her from disappointment, heartbreak, mistakes, loss, bullying, as she attempted to make her way in the world.

One of the most loving people I know is my daughter, McKenzie.

Mckenzie can be hard as stone, flippant, distant, demanding, persistent, overly independent, difficult, angry. Yet, in the next breath she is calm, reflective, caring, lucid, and passionate toward those around her.

It can be difficult loving her because of the way she exhibits her love. I’ve often described our’s as a love/hate relationship. Her spiteful remarks or actions may be directed toward me or someone else close to her, but we are not her targets. She is her own target.

Mckenzie’s words are her weapon for good and evil. The darts she throws when she is in a rage are biting, hurtful and revealing. In contrast, her words when reflective and compassionate, fill the page and the air with comfort, gratitude and wisdom beyond her years, which is equally revealing. She is in a constant battle with herself… to love herself.

Mckenzie’s substance use disorder can make it temporarily unbearable to like her whether she has been actively using or well into her recovery. I remind myself often that the addiction and learned behaviors are what I don’t like, not McKenzie the person I gave birth to over 25 years ago. It has been and continues to be a complicated relationship.

Mckenzie can and does bring out the worst in me. Those parts of me I prefer to keep hidden from others, not to mention, myself. I have learned that my reactions of fear and anger, during the times when she was actively using or battling her recovery, were my own childhood traumas revealing themselves.

Just as she was attempting to numb her personal demons, mine were surfacing. I have learned through her, that the worst in me is becoming the best of me. The ugly is becoming beautiful.

Mckenzie has taught me to feel what love is in its rawest form based upon the realities we alone face. Comparing our relationship to others is to deny our truth. We are not them. They are not us.

A comparison I still battle each day.

When my daughter speaks with the passion and love of something or someone – her strong, slender arms and hands flow, sometimes they gush with excitement, sometimes they pound passionately. Often when she is composing on her computer, I can see, hear and feel her long slim fingers pound and click and pound and click on the keyboard with such speed and velocity, I get winded watching and listening to her.

When Mckenzie wraps her arms around me, it is as if a bear has grabbed and completely enveloped my physical body. I sense that she is giving me all that she has to give. It’s real and lasting. This is how she transfers her love.

It is raw, difficult, but it is real.

Image: “Intrepid Souls” 48″ x 36″ acrylic. I chose this painting because the imagery depicts fearlessness. There are several images/souls in this piece moving in and around each other, finding their way and their courage to confront, to be seen, to be felt. The cool palette is balanced with yellow ochre, which is the light, the beacon.