Giving Voice To The Unspoken 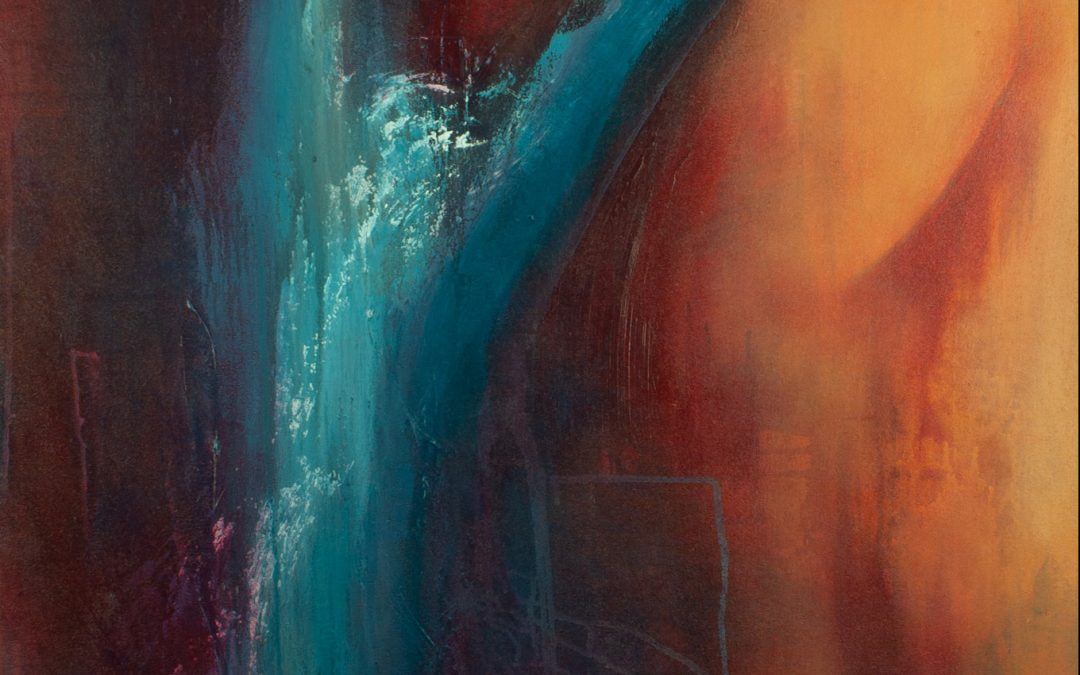 How many of you have had that dream where you are in some kind of danger or witnessing an unspeakable attack, but you are rendered speechless and motionless? A frozen statue helpless in the middle or on the sidelines. Did you ever feel the need to dig deeper into why your voice was silenced, your actions inoperable?

I have had this dream. Many times. The result of years wallowing in a self induced silence and denial regarding what I felt about many things, trivial and otherwise.

Every day the voices of many are being muffled by the few. Wisecracks, narcissists, bullys, strict traditionalists, racists, attention seekers, radicals (from all sides), to name a few. Those who speak loud and often grease that squeaky wheel, but rarely in the best interest of society. Sigh…

I do believe that those of us that find quieter, more persistent ways to exercise our voice do make a difference. We will be around long after the squeaky wheels rust.

Word spoken allow us to engage in dialogue we long to have with others. Whether it be a simple greeting, small talk or in-depth philosophical discussions.

But words can be like a two edged sword. On the soft edge of that knife, we communicate words of encouragement, love, compassion and caring. On the knife’s sharp edge, words can communicate deception and harm whether intended or not.

Unfortunately, we often remember and focus only on those words of deception. A learned behavior fueled by fear. One we all practice incessantly and often, unconsciously. Our insecurities abound but do not seem to abate as we navigate our complicated and layered lives.

I grew up with the saying “Well, if you don’t have anything good to say, don’t say anything at all”. Frankly, the “be nice” philosophy is not always good policy. Yes, sometimes it is better to stand down from a situation in the name of survival or saving face. But often times there are things that absolutely need to be said in the name of justice or doing the right thing.

This reminds me of the young man I came across on a hike several years ago. There was a trail of blood leading up to where he was leaning against a rock. He had a knife and was pointing it and muttering something I could not understand. He was clearly in distress. My heart raced as I avoided getting too close (because of the knife) and I had my two dogs. Once passed him I called 911.

My fear could have led me to panic and run the opposite direction and never turn back. But I was fearful for him. Later that morning I got a follow up call. The officer told me he had attempted suicide and thanked me for calling it in. Every day I walk past that spot on my hike and wonder how he is doing.

I saw something and said something because it was the right thing to do.

Facial expressions are actions in which we give voice to our emotions. Rolling eyes, raised eyebrows, eyes lowered, crinkled nose, wide smile, frown, blank stare. We can choose to be silent, but still offer up what we are thinking. Facial expressions are often more telling than the potential shallowness of words spoken.

I am an expert in giving off a steely stare when warranted.

As a visual person, I tend to read people’s facial quirks above the tone of their dialogue. It is difficult to fake facial expressions because they are also learned behaviors and we all possess some pretty unique mannerisms. Even folks who appear emotionless are giving off a facial vibe. They’re not fooling anyone.

Besides facial cues, taking action to express your voice can hold more weight and commitment than sitting around spouting hollow syllables and doing nothing.

For example, you can say you are going to quit smoking, but if you don’t take action to do so, you are pretty much saying your not committed to your words. Its best to save face and refrain from spewing false claims . We can all talk a good game, but our actions give voice to the real story, our real story. The good and the bad.

Other action laden words are those articulated during peaceful acts of protest (the operative word being peaceful). They connect and encourage the public to feel hope and determination toward living another day. Striving for justice in times when so much seems wrong with the world. The first amendment right to peaceably assemble.

The ability to use voice as a means to connect is vital to survival in whatever form that takes. When expression is suppressed, shuttered, it magnifies in its intensity. It becomes rage, depression, sadness. We have seen this played out universally for centuries. Words hold immense value and that is why they are manipulated in so many different ways in order to achieve a particular outcome, positive and negative.

Negative: Words spoken but lacking commitment or not followed up with corresponding action, are hollow. Or worse yet, words spoken that are the absolute opposite of actions taken. Instilling fear through words filled with misinformation and false flags. These voices are insincere and only for immediate personal or selective group gain. Rogue and narcissistic leaders come to mind and so do abusers and bullies.

Positive: Words spoken when used creatively and for good can bring down the house in a theater. Poetic words spoken can elicit the kind of emotions that bring us together as humans. Words spoken by leaders of all kinds can live within us and through us as we navigate our existence. Words sung and remembered conjure up memories from our past and bring us comfort in times of struggle and/or joy. Great speeches live forever through those who choose to reiterate them with each new generation.

Nature and the Unspoken

Those of us in tune with nature and mother earth know that there is a whole other language out there. Nature’s unspoken words. She let’s us know each day what she is feeling. A subtle breeze blowing through the trees, over the plains, up the mountains or across the seas offer a sense of calm. Sometimes her anger drums up a great deal of destruction and death. With the aftermath she reveals what she is made of, but also what humanity is capable of overcoming in the face of disaster.

In spring critters are giddy with excitement as they run through the renewed growth after a long winter. The birds sing as if they have been holding it all in for several months. The trees and plants begin their slow but assured opening to show off the results of rest and pause. Humans in tune with nature respond in kind.

I pay close attention to the sounds of each season. Spring being a favorite as it voices signs of renewal and rebirth.

My Voice and Its Sound

When I feel as though someone is listening and engaged in what I have to say, the words I utter are harmonious and expressive, like a bird’s melody.

When the eyes of the receiver gloss over or move their gaze off me into a different direction, I become monotone. I feel their impatience and disinterest. Some people increase their volume and become more expressive to gain back the attention. I get quiet and annoyed.

My voice stutters and finds words hard to say when I know or feel the listener is silently critiquing me or rudely cuts me off. I find myself doing this around males that choose domination over shared conversation. It is an irritating learned behavior I still act out on occasion.

The sound of someone speaking from their heart and soul is symphonic to me. I can feel their voice throughout my bones. Think of one person you know that does this for you.

I think of David Whyte, the poet. When listening to him recite his poetry, I am transported to another level of listening. I may not take in all the words, but I feel what he is saying. And when I read his words, I can hear his voice.

Hiding behind shields such as alcohol or drugs alter our brain’s ability to give a voice to whatever it is we are going through. A person misusing drugs will eventually feel static, lifeless, depressed and incapable of voicing any kind of positive emotion.

Observing my own daughter’s awakening after numbing her brain and body with alcohol and drugs for 10 years, was nothing short of miraculous. While in her addiction, words, actions, facial expressions were full of hesitancy, anger, self loathing, manipulation and fear. She was incapable to giving voice to what was going on deep down inside her soul.

As she worked through her own personal nightmare of being rendered speechless, she discovered her authentic voice without the mask of chemicals. Her slow and meticulous ascent from that terrifying ten year ordeal revealed a commitment to discovering who she was without drugs and honoring what she unearthed to the best of her ability. She continues to discover and give voice to what has previously been unspoken.

Writing versus Speaking in My Voice

My voice in written form serves me better because as an artist and tactile learner, I can feel the words as I write. In addition, I can rearrange words as I construct my expression. Just as I would with a work of art.

I can take words back if I want. I can paint over what is not working.

Words spoken are more difficult to retrieve before feelings are hurt or misconstrued. Whereas words written can be absorbed more slowly and deliberately and at the pace of the reader. The responses are often more studied and compassionate.

Writing has always been my go to as opposed to talking. It is more private and I do not necessarily have to see the faces of the recipients. I know that may seem like denial, but I do not write for everyone. Therefore, avoiding feelings of defeat by actively ignoring unwarranted or negative feedback is my modus operandi.

There have been times when I do not have the energy or motivation to create anything, My voice wishes to remain silent for preservation purposes. Or just for balance. But I know that if I simply enter the studio without any goal or intention, my subconscious voice will take over and guide me to the places I need to be.

Any stored experiences and memories I have banked in my heart and soul seem to release themselves through my art when the time is right. That distillation comes in steps which allows feeling them through and to their core. Thus a voice emerges.

Although I am usually not conscious of this manifestation process at the onset, it becomes apparent through my use of colors, shapes, textures and movement. Sometimes nuanced, other times explosive. Sometimes immediate, sometimes it can take months for me to realize the impact. But eventually voice is given to the unspoken.

Image: “Out of the Shadows”, acrylic

This painting was created during the pandemic when the many parts of the world were shut down. The pause was felt in so many different ways. I saw it as a time to reflect on much of what was going on in my life as well as the rest of the world. Lots of questions surfaced. So I began writing more and certainly creating more work in the studio out of necessity and because I had things to say. Coming out of the shadows, so to speak.